'I test sex toys for a living' - Violet Fenn on rabbits, alien eggs and the beast that lives under her bed

BLOG CATEGORIES
Advice and Tips
Sex Toy News
Simply Pleasure News
Lingerie and Clothing
Just for Fun
Guest Posts
Categories: Advice and Tips, Simply Pleasure News, Sex Toy News, Guest Posts
Tags: what is it like being a sex toy writer, sex toys, sex toy reviewer, sex tips, sex news, sex, reviewer, pleasure, journalist
The most common response when I tell people what I do for a living generally involves excited squeaking and expressions of jealousy. Which is fairly unsurprising, because I write about sex and sex toys - and I get paid for it. Mine is not a normal existence, by most people’s standards - and I got into it almost entirely by accident. 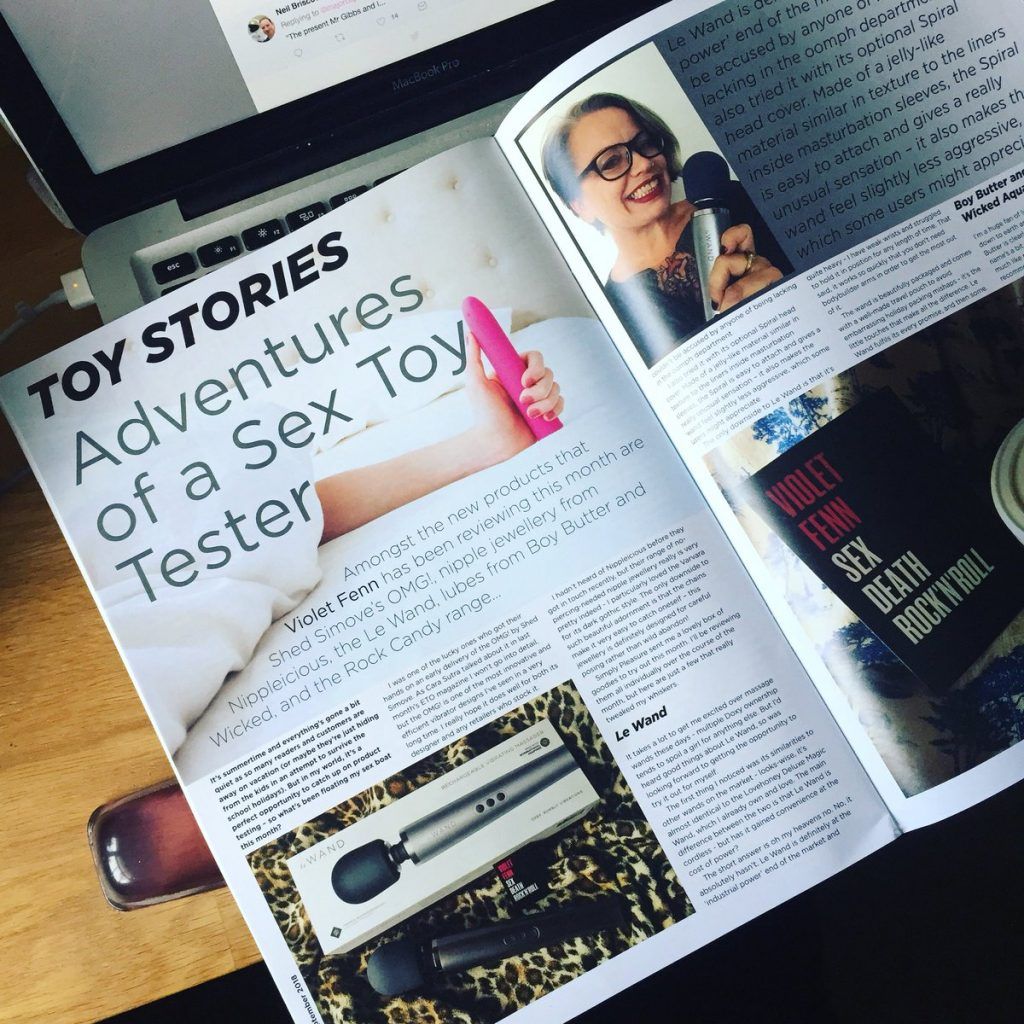 I started writing erotica more than ten years ago and occasionally popped a sex toy review onto my website in order to keep the content varied. The basic rule to remember if you want to get into this game is that the more you write, the more people are likely to see it. And the more widely-read your work, the more likely it is that companies will eventually decide it’s worth asking you to review their products. With a bit of luck (and a lot of effort), before long the postman’s turning up with more sex toys than gas bills, you have a box in the bedroom dedicated entirely to charging cables and you spend way too much money on batteries. Sex toy reviewing isn’t all fun and games, though – for one thing, it’s weird having to arrange your own sexy-time sessions to tie in with whatever stock is sitting around waiting to be reviewed. And it can be boring, unlikely as that sounds. I rarely get maximum excitement of trying out a new toy for the first time, for instance, because I’m usually too distracted by checking out its efficiency and build quality,whilst also comparing it against similar models already on the market and wondering whether this one will actual be any different or better. On the upside, I often get to indulge in the kind of experiences that most people can only dream of. I once had the frankly luxurious task of writing a feature about the infamous Sybian sex machine for Metro.co.uk – the first time I’ve had to have a review product delivered in a massive crate on the back of a courier van. Do you know what happens when you live in a standard terraced house with wooden floors and you power up what is possibly the most powerful sex machine in the world? What happens is that your solid wood four poster leaps off the floor in shock, the cats flee out onto the street and you end up explaining to your elderly neighbour – who wants to know what on earth’s going on in your upper floors – that you’re having a bit of trouble with the motor on the vacuum cleaner and you’re sorry to have disturbed her. She’s now under the impression we have some kind of industrial hoover that’s powerful enough to suck up Godzilla. 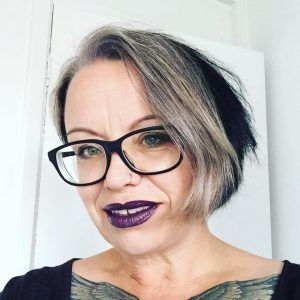 On one spectacular occasion I was required to make a model of my own vulva, using a kit from Clone-a-Pussy – a process which involved crouching on the bedroom floor over a towel whilst applying what felt like tepid slime to my nether regions for a far longer than I’d have liked. It certainly didn’t feel like a very glamorous job that day, I can tell you. It was worth the effort, though. Taking a mould of your own bits means that you can look at them in close up, which is pretty cool. Plus you finally accept that genitals really are a bit weird and lopsided, but also incredibly pretty – and no two are the same. I framed the end result - not only did it end up on a national website for all to see, it’s hanging over my desk to this day. I bet not many people have a model of their genitals on the wall next to their whiteboard. But possibly the strangest thing I’ve ever done was to try out an alien ovipositor. ‘Brogoth’ (for that is his name) is a rather floppy, green and grey dildo (from Primal Hardwere) in the shape of an imaginary alien wang, which deposits gelatinous eggs into one’s most intimate parts. And that isn’t even the weirdest bit of the experience, because before you can get jiggy with E.T., you have to make your own eggs. There’s nothing sexy about spending a rainy Saturday attempting to master the art of making jelly eggs armed only with a saucepan, several sachets of beef gelatine and a mould that won’t quite hold together and spills meaty scented gloop across the kitchen worktops. Warm liquid jelly gets everywhere – it sticks to your hands and then anything you touch. I was washing that stuff out of my hair for days. Surprisingly, Brogoth was actually really good fun and he currently sits next to my desk, watching over me. One day I’ll gather enough courage to try making the eggs again. But most of the time I’m actually reviewing far more mainstream products – the kind of thing people actually buy, as opposed to stare at in confusion. Which means endlessly prodding vibrators in order to test the different pulse options and yelling at my boyfriend in the next room to ask if he can hear the bullet I’m trying, because although I love it I’m pretty sure it’s going to make the dog howl if I switch it on late at night. Oh, and no one tells you about the traumas that come with trying to store a constantly expanding collection of sexy equipment. The last time I checked, the holdall in the corner of my bedroom held thirty-seven different rabbit vibrators (and there’s another box of them in the loft). The Sybian lives under the bed, next to a small suitcase holding all its many and varied attachments. And I have so many wands that I could open my own sexy offshoot of Hogwarts. Of course it’s weird baring one’s own sexual soul to the public - my mother promised me a long time ago that she would never read any of my articles. But if more people had the courage to talk about sex openly, then - in my opinion at least - the world would be a happier place. This might well be the most ridiculous job in the world. But, to my mind at least, it’s also the best.

Sign up to our emails & Save 15% off your order